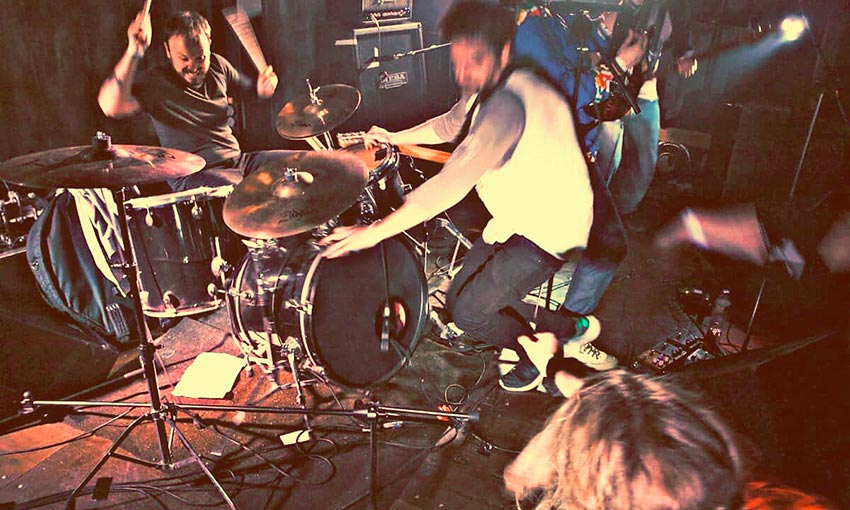 Breath After Coma’s Leaders starts out with a blast, Fool sets the tone of the album with no hesitation in between it’s distorted guitars and it’s tender chorus, Duncan Harris follows up, there is an aggressive steam to their melodies, it lurks seductively, and as it evaporates a relatable vulnerability remains, their alluring riffs melt into a violent yet heartfelt melancholy.

Yellow Sky is one of most intense tracks of this one, it’s tension flutters softly as it awakes to a provocative verse that flaunts it’s march into sleepless nights, a taste of grunge sparkles here and there, also a taste of stoner-rock; the song unravels along the uncertainty of being aware: shapes become deceitful, as if you were unable to name them, to wake up from reality, as if you had forgotten how to fall asleep, trapped somewhere in between.

They have a thing for these dark scenarios, their most recent video: I,The Animal, explodes into this raw dream, a sense of urgency is after you throughout the album, a sense of delightful danger. With a dim glow I Dare Say drifts about like a frail blue haze until it breaks with thunder, a sweet storm rages and it holds you tight as the sun struggles to pierce the clouds, transforming its soundscape, the storm vanishes slowly into the light, the rain glistens as it evaporates, an intimate warmth takes it’s place. Live In The City rolls smoothly right after, and it’s a lot of fun! The album is leaning to an end, there is an upbeat feeling to this track, a rebellious spark that leads to an optimistic outcome, one can finally let go, let go of routines, let go of shallow restraints to flow effortlessly along the rhythm, music is the ride. Leaders is a great way to end this album, to look back to the emotions we’ve rediscovered it’s empowering, though it’s good to acknowledge the past, it is a mistake to settle, this song persuades us to move forward, to provoke and to evolve. Crisis throughout the world seems to have awaken a thrilling new scene yearning for change, a fresh new perspective for music: 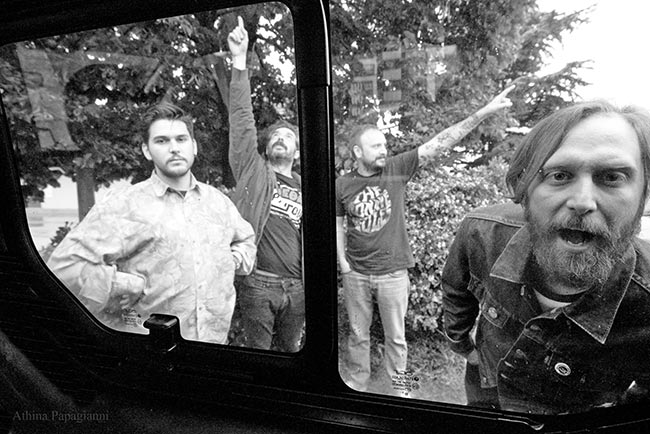 -“Fool” is a loud start, a great introduction for the album, could you tell us more about it?

Fool is a loud, mid-tempo song we love to play live at our gigs. The lyrics tell a story about a person who is mentally oppressed by living between the constraints of religious, social and other restrictions, placing life on a path designed for the future. This person wants to wander free and live for today, as he believes life is nothing more than a series of “now’s”. There is no past or future. Musically, we wanted to combine this heaviness with sentiment to represent the story. This person is under a great burden and stress, it needs to cry out and change their life for the better.

-What is the story behind Breath After Coma? How did you consolidated this project?

Vaggelis (drums) and Kostas (bass) are brothers and were already in a band (Daze of Youth) at the time. I (Theo, Guitars) was still with my previous band (Leftahnded Society). Both bands were sort of inactive at the time we met, and since we were very thirsty to jam we ended up jamming our heads out in a rehearsal studio, it was clear that we had chemistry, so we decided to form a band right there. Soon after that, Orestes (vocals, guitars) joined us. All this happened between the end of 2013 and beginning of 2014. “Breath After Coma” is a phrase taken from a known song by our beloved Explosions in the Sky. We thought the phrase sounded good; it also represents an optimistic approach to life: there is still hope for recovery after a crisis. For us it represents the intention to work our way out of the crisis we are living in, as citizens of Greece during the past few years.

-What do you think you’re bringing into the music scene? What is happening in Greece?

How would you describe their scene and how do you fit into it?

We think we bring sweaty, groovy rock and roll. We have not reinvented the wheel, nor do we want to. We like to blend styles and elements from various genres, like a DJ, in order to achieve the sound and atmosphere we want. A lot is happening in Greece. The underground scene is booming. You should totally check out many bands, cause I can assure you, they have a lot to offer. I have been there in moments when a scene is up and coming, like in the 90’s with grunge, indie and nü metal and it definitely feels like it now. It is boiling hot, and it is sexy.

I don’t know how exactly we fit in it to be honest. There is a lot of stoner rock, psych, heavy blues bands on one side, many indie bands on the other side, plus seriously interesting pop and electro acts now in Greece. We are short of doing our own thing I guess, but we blend in the heavy rock scene like a rock and roll mofo thing. It’s all about the groove anyway. 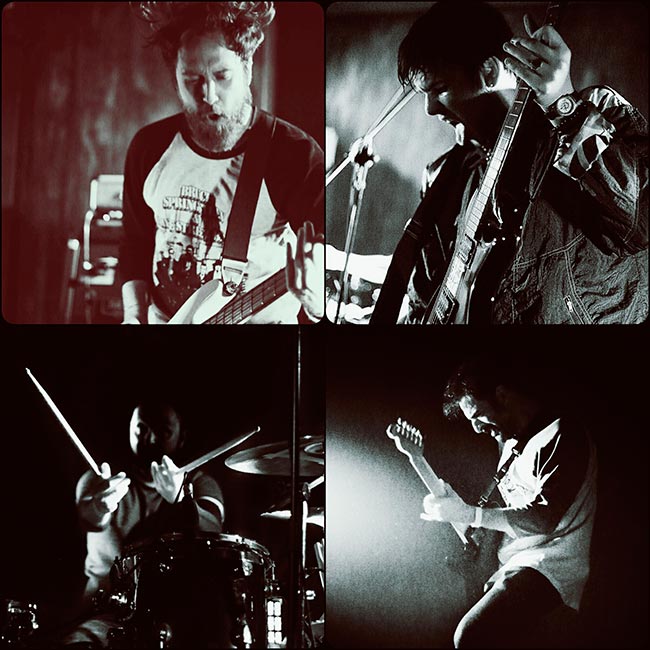 -Tell us how did “Leaders” came together, and also about the song that gives its name to the album.

“Leaders” came together in a chaotic way. We all write music and lyrics in this band, afterwards we sit down, we play and somehow combine our styles, cook them all together in a pot. As time goes by, we start sounding similar between us. Just like in a relationship with a girl, you know, when they tell you that you and your girlfriend look alike and you are like…What?

OK, the song is about our country’s young generation (part of which Orestes, our singer is / we are growing older!) and how unlucky they were to grow up inside the environment of crisis.This unhealthy situation is seriously obstructing their dreams for their lives. It is something that Orestes wanted to express, he wants to do something about this mess. It takes a person to find the “leader” inside and take a leap against such a situation.

-There is a melancholic taste to your music, how do you relate to melancholy?

Melancholy represents the absolute reality of human life. We live. We die. There is an end.

In a sense as all of this is totally natural and inevitable, we might as well enjoy it. There is a beauty in all this drama.

-Do you believe melancholy and creativity get along (quite) well? If so, why?

Yes, of course. They do. They are best friends and they get on really well. When all is great and we live in a nice pink bubble, we don’t really need to create something to feel better, right? We just snooze. When things get difficult, then we need to act. We need to create. Especially, when we consider death, we need to create to become something that matters. It sounds very trivial. It is. It is also magnificent.

-What soundscape/landscape would you associate your music with?

It depends on the song. Some would be in an urban environment. Some would be in the province or even watching the waves. We have some underlying melodies which refer to landscapes but most of our music is quite direct in this album. We wanted it to have the same feeling you experience when you’re listening to live gig. 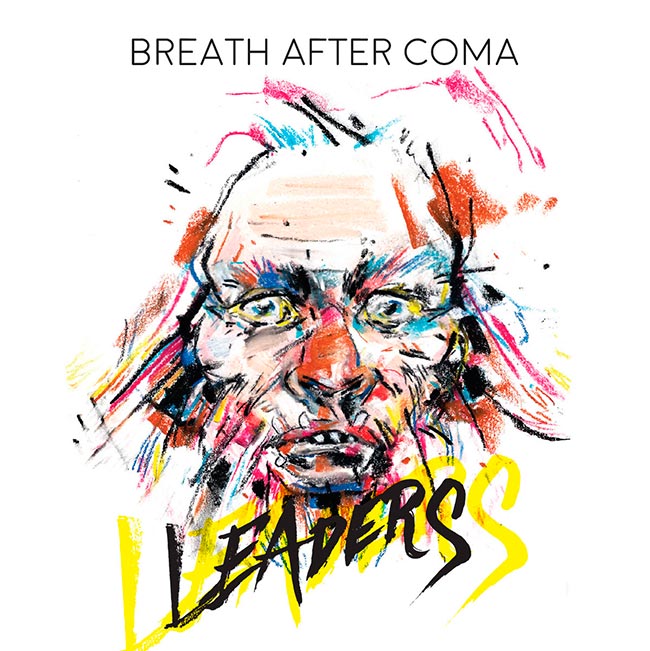 -Could you tell us more about “Live in the City”? Do you think there’s musicality to a busy city? How would you describe the rhythm of your city?

It is a fun song. It is a rock and roll song. It is about singing your way out of the city routines which sometimes can be very hectic or very mind consuming.

There is of course a musicality in a busy city as there is musicality in everything. A busy city is very rhythmic. If you just hear the sounds it makes you can easily relate it to a techno song or maybe really hard thrash metal, lol.

-Could you tell us more about the artwork of your album?

It is created by Lelos Matthaios (my brother) who is like a fifth member of this band. He made the artwork for our EP, he was also the art director of I, The Animal, our new music video. The artwork of our cover shows a primitive tribesman. It represents the first human leaders who made the first steps into progress.

-What has inspired you to make music, to bring this particular album to life?

Personally Led Zep made me want to play music. When I first listened to them I was astounded. I was like -What the hell??? This is out of this world. That is it. Just want to get Goosebumps and freak out on stage -.

-What’s the story behind “Yellow Sky“?

It is a dream. Reading the lyrics may be abstract because it is actually meant to be abstract.

It describes a dream and we very much liked to feel like it. It is a personal story, told like you see it in a dream.

-Last but not least, what’s next for Breath After Coma? Any last words?

We have just released our new video for the track “I, The Animal” and we are also working on a video for “The Love I Never Had”.

We’ve been playing in summer shows and fests and we’ve been booking events for the upcoming season. A European tour is in our plans. That’s it for now. Thank you for having us. Peace!

Crave for some more? Grab a bite: 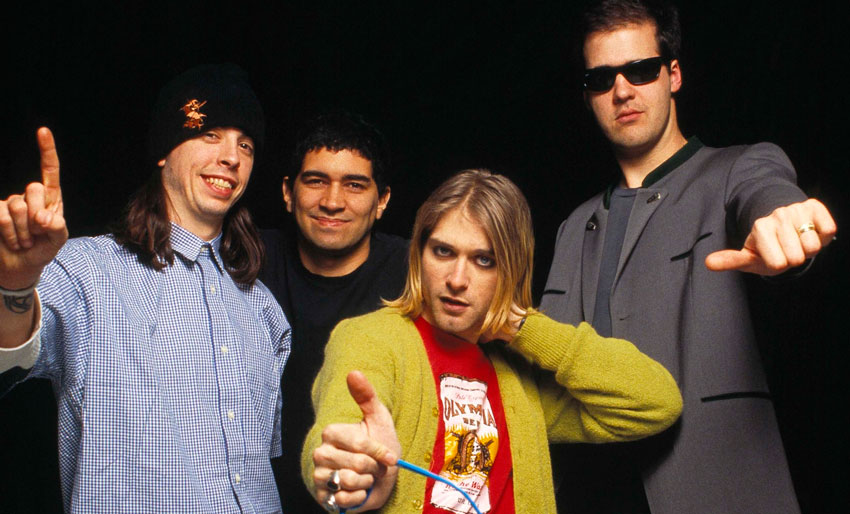